FARMINGTON – In a season of firsts for Northfield girls hockey, the Raiders U10A hockey team beat the Farmington Tigers 3-1 on Sunday afternoon to earn the U10A District 8 championship. Playing on the Tigers home ice over the last two weekends, the Raider girls went undefeated beating Eastview and then Park Cottage Grove to win their pool play, and the right to face the top-ranked Tigers in Sunday’s title game. With the win, the team became the first girls team from Northfield to capture a U10A championship in the history of the program.

The championship game was fast paced with both teams executing well on offense including many good scoring chances for both sides. Raider center Gabby Krause netted the first of her two goals when she scored on a quick wrist shot from the slot midway through the first period.

In the closing minute of the same period, Payton Fox scored for the Raiders with a blistering shot from the blue line to put Northfield up 2-0 at the first intermission.

The Tigers responded early in the second period with a goal of their own to cut the lead to 2-1. But theRaiders bounced back just few minutes later on another goal by Krause. The goal was set up thanks to a remarkable assist from Mya Wesling who, starting from her own blue line, skated the puck around and through the Tigers wingers and flew past the defense, then circled behind the Farmington net, and fed a perfect pass to Krause who cashed in from the slot. The goal gave the Raiders a 3-1 lead that they protected through the final period as goaltender Margaret Malecha shut the door on the Tigers the rest of the way. She was helped by a great defensive effort from Margaret Grove, Marta Sorenson, Anna Tritch and Fox, who frustrated the Tiger forwards all day with their air-tight play.

“I have never been prouder of a group of kids”, said Jeff Fox, who together with Dave Johnson and Dave Grove coached the team to this year’s title. Krista Sorenson is the Team Manager.

It was an achievement that was not on many people’s minds last summer when it was announced that the team would move up from the ‘B’ level, which has historically been the level every girls team from Northfield hockey teams have competed, to the ‘A’ level for the 2013-14 season. The Raiders who do not have official tryouts and do not cut players, consist of just 13 players.

The U10A Raiders competed against some of the biggest programs in the state this season, many of which are able to choose from dozens of players, selecting their top skaters for their ‘A’ team, with one or more ‘B’ teams in addition. This year’s Raider team rose steadily in the rankings throughout the season and was consistently ranked in the top 5 in the state, for U10A girls teams. 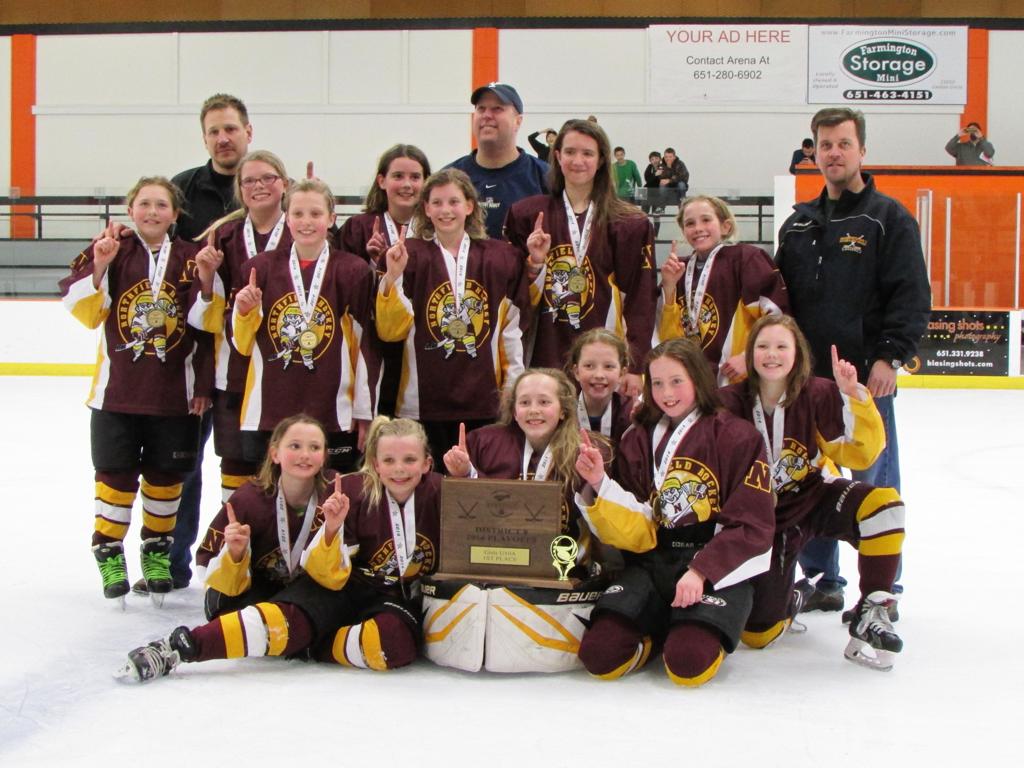