Future of the Northfield Ice Arena

Your opinion is needed NOW!

The NHA would like all members to read and participate in the poll being conducted regarding the future of the Northfield Ice Arena currently making front page news in the Northfield News. Your opinion is important! Please log in NOW and register your vote. Time is limited! Your vote is important!

VOTE in the poll "Should the city of Northfield build a new ice arena?" by logging onto http://www.southernminn.com/northfield_news/

Refer to article(s) below 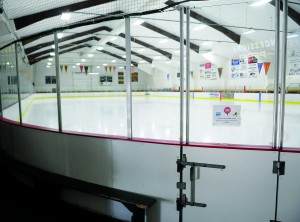 The Northfield arena has stayed relatively the same since its construction. (Northfield News file photo) 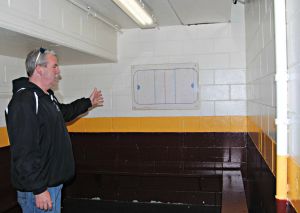 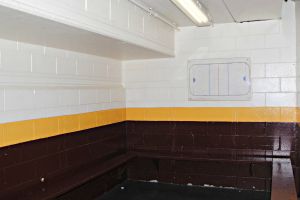 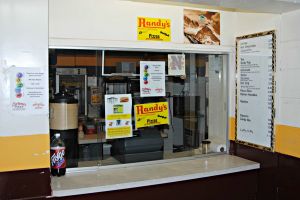 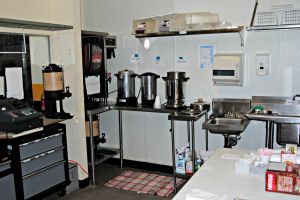 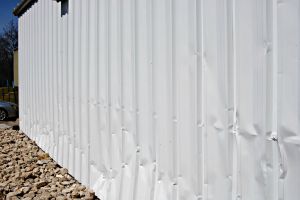 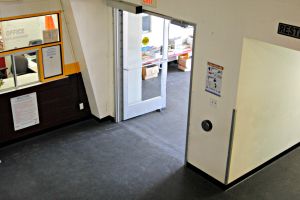 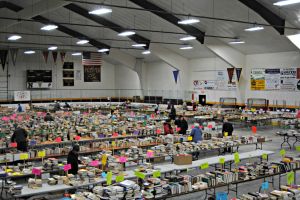 (Updated on Tuesday with photos from the arena.)

The Northfield Ice Arena could see some renovations—or even a new building — as the Northfield City Council discusses the best step for the city.

Councilors discussed the topic during their Tuesday work session, when City Engineer Joe Stapf brought up concerns about the city’s current arena. Stapf said the arena has space limitations, both for ice and non-ice events, and the locker rooms are so small that teams have to take up several rooms to accommodate all their players. Some teams have already refused to play at the Northfield Arena, and the St. Olaf women’s hockey team travels to Faribault about 35 times a year to play instead of playing at the local building.

“Obviously, the city’s not the only player in this process,” agreed City Administrator Tim Madigan. “When you’re putting together plans for this, you want to get all the stakeholders together and see what people are willing to bring to the table.”

Stapf said ice arenas can be a source of great revenue for cities, though he said it would be important to see what the feasibility report said. Erickson added that there could be many potential dry-land uses as well if Northfield were to install two sheets of ice in the building, such as available practice room for the Northfield Soccer Association and lacrosse teams.

Councilor Rhonda Pownell, who has advocated for updating the ice arena for some time, said it’s important for the feasibility report to take into account how the ice arena affects the rest of the Northfield community, such as hotel lodging and restaurant visits during tournaments.

“[Updating the arena] is going to strength some of our businesses that are already here,” she said. “It’s like looking for synergies, just like we do with regular businesses.”

Councilor Suzie Nakasian brought up a second idea: moving the ice arena to a new building and using the existing building for a different business, saying the ice arena’s site is very commercially developable.

Stapf cautioned councilors that the Public Works Department would need to study the topic more before being able to offer price estimates or more detailed proposals.

“We need to make a decision on how this is going to develop, if it develops at all,” he said. “It’s a complicated issue.”

However, while councilors agreed more research needs to be done, most expressed excitement about the project.

“There’s so much more that can be done with that facility,” Pownell said. “There’s so many questions that need to be answered, and I’m grateful we can get started on the process.”

The City Council will continue to explore the issue in future meetings.

Northfield could use a new arena

We don’t often endorse spending taxpayer money on new construction projects, but a great place for the council to consider investing is in a new ice arena.

At last week’s work session, the Northfield City Council discussed renovating or constructing a new arena. We have already outgrown the space. The locker rooms can’t accommodate most normal-sized hockey teams. Some college teams refuse to play there. Parking is insufficient, as is storage.

Perhaps most expensive is the R-22 refrigerant the arena’s compressors require. R-22 is being phased out of production and will no longer be available by 2020. The city’s options are all expensive: Stockpile R-22 and hope it doesn’t run out, replace the R-22 with another refrigerant and adapt the existing compressors to it, or switch to ammonia. In its report to the council, city staff provided the potential price tag for one of the options: Between $50,000 and $100,000 to use a different refrigerant.

The ice arena is old and has outlived its useful purpose. A new arena, with multiple sheets of ice, energy-efficient heating and cooling systems and a configuration that would make it marketable as dryland space for sports teams that cannot practice outdoors or to rent out could be an excellent source of revenue for the city.

To be sure, the cost of constructing a new facility would be greater than renovating the existing one. However, the economic benefit correlates directly with the choice the city council conceivably makes. Two sheets provides more billable ice time. That in turn would attract more teams and tournaments, which would mean more money spent in Northfield businesses.

Right now, the St. Olaf women’s hockey team travels to Faribault at least 35 times a year to play on that city’s superior ice. Think of how much St. Olaf Athletics might be willing to pay to rent ice in its own city — overall, it would no doubt be a cost savings for the school.

That is the sensible next step. We’re confident city staff is going to find a desire for better (and more) ice in Northfield as well as a potential financial commitment to help make that happen.

That’s a win for the city, the colleges, the school district and economic development in Northfield.

Reach Managing Editor Jaci Smith at 333-3134, or follow her at Twitter.com@FDNJaciSmith

Reach Managing Editor Jaci Smith at 333-3134, or follow her at Twitter.com @FDNJaciSmith

© 2014 Southernminn.com. All rights reserved. This material may not be published, broadcast, rewritten or redistributed.